The Imperial Palace is located in Tokyo but it seems to be lands away from the busy city. It is the calm heart of the city where the Imperial Family resides. Some of its parts are open to the public only twice a year. It is during the family’s New Year celebration which is on January 2 and the emperor’s birthday which is on December 23. On these days, the Imperial Family greets the tourists personally.
Although not many people get to see what is inside the palace, the beauty outside the palace gates is enough to make them happy and satisfied. The cherry blossoms are best enjoyed during spring. These cherry blossoms are pretty to look at and many people have their photos taken with it. It is undeniably, a thing of beauty.
World War II may have destroyed the place but Japan recovered and created a new palace – the Imperial Palace. It is a place that symbolizes courage and power. It shows a place that was destroyed yet rebuild. This makes the place a survivor, figuratively speaking.
The double-barreled bridge is perhaps the most popular feature of the castle. People cannot get enough of its beauty and function.
The busy city and the serene Imperial Palace shows an interesting contrast and are usually the favorite camera shot of both newbies and professional photographers. It is best for newbies since there is no need for much technique in taking Imperial Palace’s feature since it is already picturesque in itself. The lush greens and the fortified walls are interestingly contrasting with the skyscrapers of Tokyo. It is like being in two worlds simultaneously.
For people who love to take pictures, it is advised that they visit Imperials Palace early in the morning. This will give them better opportunities of taking pictures without much people in it. Once it gets crowded, tourists will have a hard time taking pictures of different spots in the palace with a lot of people milling around.
Some tourists even go to the castle to jog. It is a perfect jogging place, with its loop, a few sloped parts, and the beautiful surroundings that will keep the tourist’s eyes full. Numerous people will be seen jogging within the vicinity. It is because its characteristics fit jogging. It takes about half an hour to finish one loop. Some joggers and early birds stay at the Imperial Hotel because of easy access to the grounds which doubles as a jogging area.
The farm just outside the puzzle is a great place to rest and just kick off one’s shoes. The whole tour is pleasing to the eyes as well as it fills the brain with information about Japan’s history and culture specifically about the Edo Castle and how it was rebuilt as the Imperial Palace.
It is a place of power, fame, prestige, courage, beauty, culture, and history.
The guided tour, the audio materials, pamphlet, 10-minute informational video, and access to other spots in the Imperial Castle are all free.
To know more, just experience our tour “Discover the Heart of Tokyo”
http://www.travelience.com/tours/east-tokyo-one-day-tour/

The article above may contain the content about the old or different tours.
Pic : http://minnafit.jp/pj/adidas081007/03.php
PUBLISHED August 22, 2013
Tweet Tabelog is the Japanese Yelp. Imperial Palace: In War and in Love

Imperial Palace is a big green spot in the middle of Tokyo. Its exotic seasonal flowers add colors and softness to the place which represent... 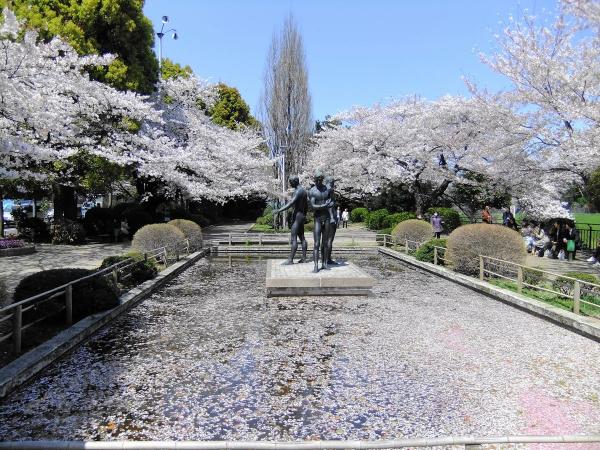 Setting foot on the Imperial Palace is like being led into a secret garden that promises wonders that one can only imagine. Tourists will never be... Imperial Palace may seem to be an evasive gem but a person can get to know the place through the free guided tours offered for guests. These tours... Why do Japanese people have friendly feeling to American??

Question: Why do Japanese people have friendly feeling to American after the World War II, although they had severly destroyed many cities? Answer:...