A whole month has passed since the New Year and even though the cold weather still has a lot of the population under siege, spring is just around the corner!
Many Japanese celebrate Setsubun which takes place on February 3rd, it marks of the onset of the coming of spring. After Setsubun, it's believed that spring has begun and the weather will continue to get warmer until the official calendar date of spring. And one of the highlights of the spring season is the blizzard-like blooming of the Japanese cherry blossoms!

Setsubun (Bean-Throwing Festival or Bean-Throwing Ceremony) is the day before the beginning of spring in Japan. The name literally means "seasonal division", but usually the term refers to the Spring Setsubun, also known as Rishun. Setsubun is celebrated every year on February 3 as part of the Spring Festival. In addition, there is a special ceremony conducted to get rid of away all the evil of the former year and drive away disease-bringing evil spirits for the year to come. This special ritual is called mamemaki (literally "bean throwing").

The custom of Mamemaki had started during the Muromachi period (roughly 1337 to 1573), so it was been practiced for more than several hundred years. Roasted soybeans (fukumame or "fortune beans") are thrown either out of the door or at a member of the family wearing an "oni" (demon or ogre) mask, while the people say "Oni wa soto! Fuku wa uchi!" (Demons out! Good luck in!). This is still a common practice in many households but many people will attend a shrine or temple's spring festival where this is done. The beans are thought to symbolically purify the home by driving away the evil spirits that bring misfortune and bad health. Then, as part of bringing good luck in, it customary to the eat roasted soybeans, one for each year of one's life, and in some areas, one for each year of one's life plus one more for bringing good luck for the year to come. At some shrines and temples where some "oni" are gods or guardians who are worshiped, the chant "Fuku ha Uchi !! Oni mo Uchi!!" (Good luck in! Demons in!) is used instead. Each year there is a lucky direction at Setsubun based on the zodiac symbol of the year. Eating a giant sushi roll called Eho maki, which means lucky direction roll is becoming very popular throughout Japan these days. To get good luck people need to face the lucky direction and eat the entire Eho maki without talking.

Where to find a Setsubun Celebration

Most Buddhist temples and Shinto shrines all over the country hold some kind of Setsubun celebration. Priests and invited guests will throw roasted soy beans (some wrapped in gold or silver foil), small envelopes with money, sweets, candies and other prizes. In some bigger shrines, even celebrities and sumo wrestlers will be invited; these events are televised nationally. Many people come, and the event turns wild, with everyone pushing and shoving to get the gifts tossed from above. I strongly recommend going to these temples and shrines wearing a jacket with hood, then you may be able to catch some without noticing!!

12:00 and 14:00 parade and Mamemaki
Also at the late afternoon other Mamemaki with Japanese TV Stars too.

Who will be there 10 min walk from Ikegami Station on the Tokyu Ikegami Line

Who will be there

One of the most famous wrestler’s Grave is here, so many combative sports athletes will be there. 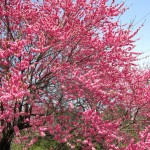 You may wonder what all those Japanese town and city names really means, since each kanji characters has its own meaning. So I painstakingly... If you’re feeling lucky, then place your bets at a horse race!

If you are the betting type, then try your luck at a horse race! You may not know this, but horse racing is actually popular among many Japanese...