Train Chaos: How to Master the Japanese Train System

One of the most difficult challenges for foreigners in Tokyo is using the train.
At first sight it looks almost impossible to find your way around all these coloured lines.
It makes sightseeing extremely difficult.
When I arrived in Tokyo I was literally overwhelmed by Shinagawa Station.
I just couldn`t imagine how I am going to navigate around Tokyo.
The most difficult thing is to get your ticket. You need to check to which station you want to go, then you can see the price under the name and type it into the machine.
You may think this sounds easy,but in the beginning it`s absolutely not.
This is one of the sights that greet you when you buy your ticket. Just imagine the foreigner's reaction to this!
I often see people with large backpacks or suitcases standing in front of the ticket machines, looking at the map, sometimes for even more than 40 minutes.
Even some japanese travelers can have problems with that.
So of course all of this makes you feel kind of scared and worried that you may buy the wrong ticket or take the wrong train.
During my first train rides I sat in the train all tensed up, with my eyes glued to the screen that shows my current location, so that I will not miss my station and would stare unbelievingly at all the sleeping people.
How could they be so...relaxed, while I was sitting there really nervous and concentrated?!
But let me tell you something now.
All of this may seem too much to ever understand it, but actually it`s fairly easy when you know what to do.
First, don`t drive yourself crazy with all the maps in the station.
Remember that there is a very logical system behind it.

As a tourist who visits Tokyo for only a few days, you will probably be using the Yamanote Line pretty often. This is the easiest way to get to the most sightseeing areas.
The Line goes in a big circle around all the important, big stations like Shinagawa, Shibuya, Shinjuku, Tokyo, Meguro and more.
Transfers are very easy and quick.
The announcements during the train ride are in japanese and english. In every station it`s very easy to find, because it is one of the main lines from JR and it is green in colour. In case you miss your station, just leave the train at the next station and take the other train back. Most of the time they are even departing right next to each other on the same platform.
No worries.
So you see, managing one of the most important lines in Tokyo is quite easy. Just remember green goes in a circle and you`ll even find it on one of these complicated maps.
For me this was an important aspect, because this way I always have kind of a basic picture in my head and a quick way to reach the big stations.
And now that we have this circle in our head, you just need to imagine that all the other lines go away from that like rays from the sun.
At least that`s always the oversimplified picture in my head,but it works.
Maybe we should just make an example:
We have a young couple,Mr and Mrs Krause,from Switzerland.They are on vaccations in Japan for around 8 days and their hotel is in Tokyo.
On one day they decide to visit the Tokyo Skytree.
After a look on a map in the internet and they know that they need to drive to Oshiage station using the Asakusa Line (a dark pink colour), barely a six minute walk to the Skytree from there.
So they go to Tokyo station, but the Asakusa Line does not from there, so they take a look at the map again.
Seeing the green circle from the Yamanote Line they are searching for a departing dark pink Line.
The nearest Station seems to be Shinbashi (Shimbashi),so they get into a Yamanote Line train from Tokyo Station to Shinbashi Station.
After arriving they just look for a big A in a pink circle, following the signs they are on the platform for Asakusa Line in no time.
Now they just need to drive to Oshiage and then the Skytree is in perfect sight. You see, it can be so simple. Just don`t let the other lines on the map confuse you. Concentrate on the ones you need to use. That`s why it`s always helpful to use the google maps route planer, it shows you the names and colours.
You just need to follow the signs.
But you can also see that the „Yamanote circle“ is actually a good basic point.

How to use Tokyo Subway?

In the story above I already mentioned an important Subway Line, the Asakusa Line.
You can recognize them on the initials in the circle.

Using the subway is actually the same like using the normal train. The systems are similiar.
Depending on what places you want to visit, you mostly use the subway lines where the stations are also displayed with numbers.
Some normal Lines change to subway lines on their way.
But it is shown very clearly at the stations and in the trains, so you don`t need to worry about that.
An example is the Tokyu Toyoko Line. At Shibuya this line sometimes changes to the Fukutoshin subway line. An announcement in English is made about that in the train.

One of the most frequently used subway lines is the Ginza-Line.
It departs from Shibuya, so it`s reached easily with Yamanote Line, and ends in Asakusa. And there you can see that Shinbashi is also one of the stations from Ginza-Line and when you remember my story about the young couple and the Skytree, you`ll see that you could change from Ginza-Line to Asakusa-Line to reach the Skytree.
So you can slowly start to connect the dots and find your way around. In the beginning it happened to me very often that I accidentally took an express and missed my station.That`s no problem,but it can cost you some time if you have an appointment.
So it`s always useful to check first if the express will stop at your station.
On the platform there are always some maps that show you the stops from the express and others. They sometimes look a little bit different, depending in what station you are, but this picture should give you an idea of how it looks like when you are checking for the express stops.
On the display with the departing time and on the train, the express is marked red and the local green. The monorail is a very important part of the transportation system too.
You use it to get to Haneda Airport or back to some place around Tokyo.
It is high from the ground and goes over water for a while,so some people don`t like to use it so much,but I like the view it provides me. It is very easy to use,because you don`t get confused with difficult maps.
Only take care if you use local or express. And when you are fortunate your flight will land in Haneda, then your way is not so far anymore like it would be from Narita.
In Hamamatsucho you can transfer to Yamanote-Line and from there it should be possible for you to navigate around Tokyo (remember the green circle).

Secrets of Suica and Pasmo

These are cards that can be moved over the display of the ticket gate and when you leave another station,move it over the machine again and the fare will be deducted.
Quite an easy way to travel around Tokyo.
Especially without all the map checking for the right prize.
But first a few general information about both.
Suica (Super Urban Intelligent Card) launched in November 18th,2001 from JR East and currently covers the Kantō region.It can be used for Pasmo routes and also JR West's ICOCA, JR Central's TOICA, and JR Hokkaido's Kitaca systems. You can purchase the card in every Station that supports Suica at a card vending machine.
Prize:2,000￥ (includes 500￥ deposit,this amount is given back when the card is returned. The remaining 1,500￥ can be directly used)
The pic

Pasmo was introduced March 18th,2007 and is mostly used for non JR Lines in the Tokyo region. But it can be used for JR Lines and some others.
Price is the same like Suica Most people around Japan have both cards, because it makes travelling easier. this pic
Both cards can be easily charged again in the station at a ticket machine.
Outside the station suica can be used in FamilyMart, am/pm, 7-Eleven, Ministop, Circle K Sunkus, Yodobashi Camera and Bic Camera, but only inside the Kanto region or sometimes in Narita Airport and taxies.
However outside the assigned area you need to check if suica can be used.

Do I need Suica or Pasmo?

For tourists, who want to travel a lot during their visit in Tokyo, my advise is to buy a suica or even pasmo when needed, depending on where you want to travel.
Most people are moving around popular sightseeing places and these cards are giving you a flexible movement around all these areas.
No need to check the ticket prices on the confusing maps anymore.
Later when returning home,you`ll have a nice souvenir from your Tokyo trip and in case you come here again,bring your card, it`ll still be usable for at least 10 years.
You see, moving around Tokyo can actually be easier that you may thought.
For the start these information should give you an inside look of what`s happening behind those labyrinth maps.
And in case you are really confused or got absolutely lost,don`t hesitate to ask the staff.
Even though their english is not the best,they are always willing to help you.
And from what I learned you can also ask some very old people,sometimes they may surprise you with a very good english.
Just keep in mind:Don`t worry Best 4 Helpful smartphone apps when you travel in Japan

There's a new version of this blog with updated information. Please view it here: 11 Useful Apps while Travelling in Japan - Planetyze Apps on our... How to understand all the Japanese subways at a glance

Subways in Japan are famous for their complexity. Even the locals can't understand correctly where they are and which train to take. Check out this... Do you know how many train lines in Tokyo? The answer is 76! There are 17 train or subway companies and if you use more than 2 companies, you pay... 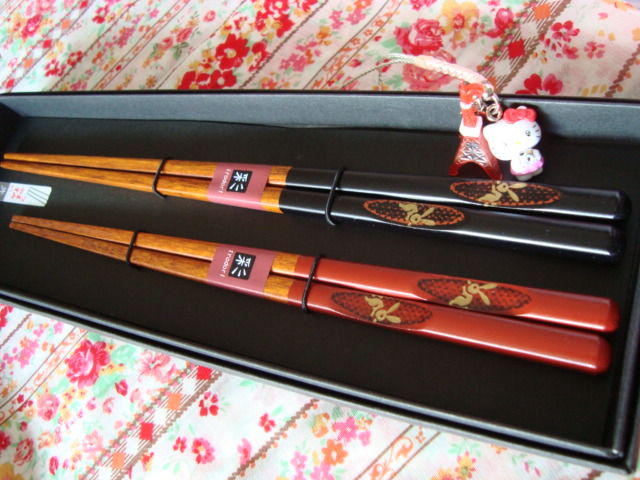 What is the difference between expensive chopsticks and reasonable ones?

Question: Some pairs of chopsticks are very expensive, but others are quite reasonable. What is the difference between them? Answer: Japanese are... Need to make an international withdrawl? Here’s a few places.

Japan is hugely a cash-based society, and it's a good idea to take out as much money as you think you'll need for your trip. However, if you are ever... Tokyo from the Water – Cruises

If you're looking for a different way to enjoy the sights of Tokyo, try going on a cruise. Many of the cruise lines start or end near popular...